May 26 (UPI) — The U.S. Marine Corps’ deactivation of its celebrated 1st Tank Battalion officially ended its involvement with active-duty tanks.

As part of Force Design 2030, a position paper released in 2020, the Marine Corps will divest its tanks to accelerate modernization and to realign capabilities, units and personnel to higher priority areas.

The U.S. Army will retain armor combat capability, should the need arise, according to officials.

The closing of the chapter in Marine Corps history, which started with tank warfare in World War II, was first reported by Military.com and Marine Corps Times.

Deactivation of the tanks began in accordance with a directive by Marine Commandant Gen. David Berger, calling for a leaner and more mobile Marine Corps.

Part of the move, said at the time, is to invest more in new technology, including rocket artillery batteries, light armored reconnaissance companies and active component unmanned aerial vehicle squadrons, and less in equipment with limited use.

Nearly all Marine Corps tanks have transferred to the Army, and the Marines’ 2nd Tank Battalion, based at Camp Lejeune, N.C., was deactivated in May. Marine Corps tank personnel could transfer to the Army or pursue new career specialties, the branch has said.

“Given the problems that confront the Marine Corps as a result of what was in the National Defense Strategy [which emphasizes competition with near-peer militaries of Russia and China], there were certain things we need to take a hard look at,” Lt. Adam Link said at the 1st Battalion deactivation ceremony.

“Part of that was: how do we get at the problem and in the Pacific and how do we better support the Navy?” Link said.

“I love being a tanker, but I’m a Marine,” Link added. “This is just an opportunity for a lot of us to say ‘Where can I go to have a meaningful impact that’s important to me?'” 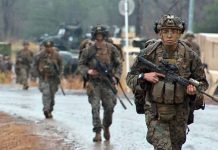 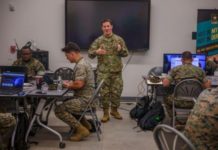