SONORA, Mexico, Dec. 1, 2019 (Gephardt Daily) — At least three people were detained Sunday morning in connection with the Nov. 4 massacre of nine members of an extended family with Utah ties.

The Office of Mexican President Andres Manuel Lopez Obrador confirmed the arrests, saying “three suspects were captured Sunday in a joint operation by the Prosecutor General, the National Guard and the National Center for Intelligence.”

Three women, four young children and two infants — members of the LeBaron family — were shot and killed in northern Mexico, about 100 miles south of the Arizona border, after being caught up in an ambush and kidnapping, allegedly by cartel members.

Five other children were injured but survived. At least one child was reported missing and later was found safe.

Mexican officials said they have been coordinating an investigation into the murders, making inquiries and obtaining the necessary authorization under Mexican law to proceed with the apprehension of those believed to have been involved in the brutal attack.

When there is more information that is reliable, Mexico’s Attorney General’s Office said, it will immediately be released.

The LeBaron family has a history in Mexico that goes back almost 100 years, when The Church of Jesus Christ of Latter-day Saints began to take a stand against polygamy.

Members of the LeBaron family went down to Mexico and created a community in which they could practice their “Mormon fundamentalist” beliefs.

The modern-day community was apparently thriving, but skirmishes with the drug cartels were not unusual.

In 2009, 16-year-old Eric LeBaron was kidnapped by a Mexican drug cartel and held for ransom — reportedly $1 million — which the family refused to pay. The teen was eventually released, but a few months later, Benjamin LeBaron, who was an anti-crime activist, was killed, allegedly by one of the drug cartels. 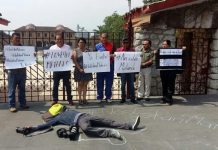 Murders in Mexico increased 27 percent in 2017 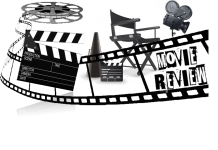 Tony’s Film Reviews: “The Walk,” “Sicario” and “The Martian”