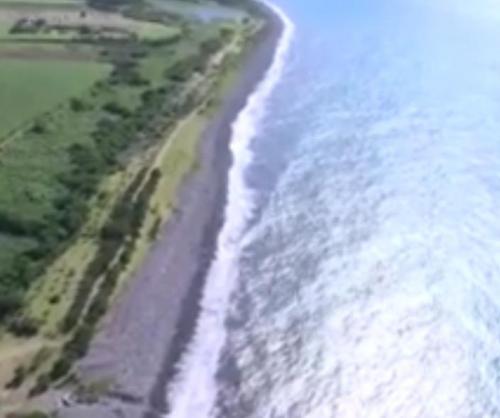 POINTOISE, France, Aug. 2 (UPI) — Recent debris discovered on the island of Reunion first believed to be a plane door is in fact a ladder that has no connection with Malaysia Airlines Flight 370, according to a Malaysian official.

“I’m the one leading the investigation in France for the analysis of the [wing flap] piece brought back,” Malaysian Director General of Civil Aviation Azharuddin Abdul Rahman recently said, as reported by USA Today. “I read all over media it [the new debris] was part of a door. But I checked with the Civil Aviation Authority, and people on the ground in Reunion, and it was just a domestic ladder.”

A shredded suitcase found lying near a piece of airline debris off the African coast earlier this week will be tested for any traces of DNA — in an effort to establish a possible link between the items and flight MH370.

No physical trace of the aircraft has so far been found since it and its 239 occupants disappeared.

The suitcase and part of an aircraft wing, called a flaperon, were found on the shores of Reunion, a French island in the Indian Ocean near Madagascar. Experts have said the part appears to be unique to Boeing 777s — in which case, they say, it likely came from the wreckage of Flight 370.

Investigators have packaged the items and sent them to laboratories in France for further analysis. There, officials hope to find a definitive link to the missing jetliner that hasn’t been seen since it departed Malaysia on March 8, 2014.

Since the plane’s disappearance, most authorities have hypothesized that the aircraft veered off course and crashed somewhere in the Indian Ocean. Experts have previously said the debris’ arrival — more than 2,000 miles away on Reunion — is consistent with that theory.