Sgt. Clayton Swensen, with the Sandy Police Department, said the crash, which occurred at about 3 a.m., involved a single motorcycle.

The 27-year-old male rider was transported to the hospital in critical condition.

Swensen said the cause of the crash is still unknown, and no further details were available regarding the injured man. 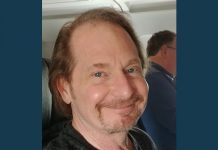