Rep. Dean Phillips, R-Minn., wrote on Twitter Thursday that he had been advised that a U.S. Capitol police officer had died after sustaining injuries during Wednesday’s riot.

“My heart goes out to the family of the officer and to all who risk their lives every day to protect and serve our communities with dignity and principle,” Phillips wrote.

The officer was the fifth person to die following the riot on Wednesday.

During the siege, one officer discharged their weapon, striking a woman who was transported to a local hospital where she was pronounced dead. The woman was identified as Ashli Babbitt, of Ocean Beach, Calif.

A man and two women in the area of the Capitol grounds also died Wednesday due to medical emergencies, Capitol Police said.

At least 14 officers were injured during the day, including two who were hospitalized, one with facial injuries from being struck with a projectile and the other who sustained serious injuries when they were pulled into a crowd and assaulted, the police chief said.

Michael Sherwin, acting U.S. Attorney in Washington, D.C., said at a news conference Thursday that more charges were expected in the coming weeks.

“That’s a good start, but in no regard is this the end,” he said.

Sherwin added that “all charges” are on the table including insurrection and rioting, even suggesting Trump himself may face scrutiny for a rally he held before his supporters breached the Capitol.

“Anyone that had a role, and the evidence fits the elements of a crime, they’re going to be charged,” he said.

Among those charged Thursday, were Mark Leffingwell, who faces three counts after being accused of attacking an officer at the scene and Christopher Alberts who was charged with one count of carrying or having access to firearms or ammunition on U.S. Capitol grounds.

Capitol Police officer Daniel Amendola said that Leffingwell, 51, punched him “repeatedly with a closed fist” in his police helmet and chest during an attempt to push his way into the building.

Alberts, of Maryland, was seen wearing a bulletproof vest and attempted to flee an officer who identified a bulge on his hip. After he was apprehended, officers found he was in possession of a black Taurus G2C 9mm handgun and a magazine of ammunition.

Washington, D.C., Muriel Bowser announced a 15-day emergency order extension during a news conference late Wednesday, stating it will run through the inauguration of President-elect Joe Biden and Vice President-elect Kamala Harris on Jan. 20 to ensure peace and security in the city.

“Some of them have to be held accountable for the carnage,” she said.

“We will continue to focus because clearly, we will have more events at the Capitol and we want to make sure every lesson learned from this one is implemented,” she said. 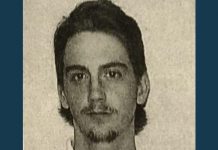 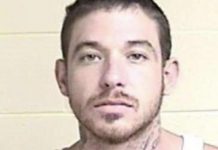