Posted by Ogden City Government on Thursday, May 14, 2020

OGDEN, Utah, May 14, 2020 (Gephardt Daily) — Ogden police and Diversity Commission officials spoke out Thursday after the “Zoom bombing” of a meeting during which a dozen or more strangers joined in remotely and hurled threats and racial epithets, made offensive gestures, and showed pornographic images.

Ogden City Police Chief Randy Watt told reporters it is the city’s intention to charge the suspects, if they can be identified, to the extent the law allows.

“Anything we can establish sufficient probable cause to charge, we’re going to charge,” Watt said.

The Diversity Commission meeting was in progress Wednesday when at least a dozen “bombers” suddenly joined in.

The online meeting is public, and is not password-protected due to the fear some members of the public who wish to participate might be kept out by the additional technical demand, officials said.

“We pride ourselves greatly on diversity in this community,” Watt said. “It’s a key asset and a strength in Ogden City and the greater Weber County area.”

Watt said when officials were made aware of the situation, “we began to look and see what could be done, and began to utilize our assets to conduct an investigation.

“This is happening literally all over the world,” Watt said. “We have moved to electronic communication, particularly for meetings. This has become a source for a great deal of pranking, literally around the world, where people will interject themselves into public meetings for the purpose for either putting forth a message or making a nuisance of themselves.”

Watt said officials are attempting to determine whether the actions meet a legal standard for hate crimes, or whether it would be classified as hate speech, which has more constitutional protections. Watt said the FBI has agreed to review the recording to determine “what, if any federal crimes may have occurred.”

Ogden also put together an investigative warrant and sent it to Zoom, Watt said, in hopes of determining the sources of the disruptive Zoom bombing.

If they have to, Watt said, they will share screenshots taken by Diversity Commission members in an attempt to discover the identities of the Zoom bombers.

Sharing the pornographic images could result in charges once suspects are identified, Watt said, adding that if images crossed state lines, federal charges could be filed.

Watt and other city officials said that diversity is valued in their community, and those volunteering their time and effort to support the cause should be protected from abuse. 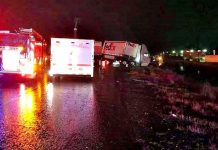 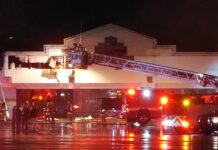 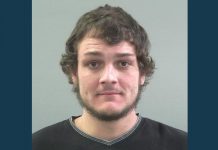