LONDON, Feb. 9, 2016 (UPI) — What do pancakes and eyeballs have in common? Enough for researchers to glean valuable insights into the nature of glaucoma.

Researchers at University College London have been mixing up batter and cooking some flapjacks in an effort to improve glaucoma treatments.

The manner in which water and air escape cooking batter in the form of steam is analogous to the ways in which liquids and vapors interact with the flexible layers that make up the human eye.

“Pancakes come in many shapes and sizes and everyone has their favorites — some prefer a small, thick pancake with a smooth surface whereas others enjoy a large, thin crepe with ‘craters’ and crispy edges,” researcher Ian Eames, a professor of fluid mechanics at UCL, said in a press release.

“We’ve discovered that the variations in texture and patterns result from differences in how water escapes the batter during cooking and that this is largely dependent on the thickness and spread of the batter.”

Eames and his colleagues tested recipes for a variety of pancakes — flat cake varieties from all over the world. For each pancake style, researchers measured the aspect ratio, the pancake’s diameter raised to the third power — or cubed — in relation to the batter’s volume.

Outliers included thick and round Dutch poffertjes with an aspect ratio of 3, while big, thin French crepes boasted a ratio of 300. The majority of pancakes were bunched together in the middle, with aspect ratios between 100 and 175.

Researchers kept cooking conditions constant while observing the behavior of steam as each pancake firmed up. Thicker batters formed larger, irregular pockets of steam on the bottom. Thinner batters allowed a more even release of steam.

Eames and his fellow researchers published their findings in the journal Mathematics TODAY.

“We found that the physics of pancake cooking is complex but generally follows one of two trends,” explained study co-author Yann Bouremel, a professor at the UCL Institute of Ophthalmology.

“If the batter spreads easily in the pan, the pancake ends up with a smooth surface pattern and less burning as the vapour flow buffers the heat of the pan,” Bouremel said.

“We found a thin pancake can only be created by physically spreading the batter across the pan and in this case, the vapour tends to escape through channels or diffusion.”

Glaucoma is caused by a buildup of pressure in the eye. Surgeons relieve this pressure by making precise incisions in the layer of eye known as the sclera. Making more strategically patterned and sized incisions may improve surgical outcomes and further diminish glaucoma symptoms.

“We are improving this technique by working with engineers and mathematicians,” said Sir Peng Khaw, Director of the NIHR Biomedical Research Center at Moorfields Eye Hospital and UCL Institute of Ophthalmology.

“It’s a wonderful example of how the science of everyday activities can help us with the medical treatments of the future.” 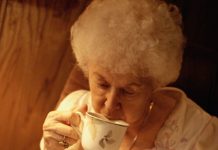 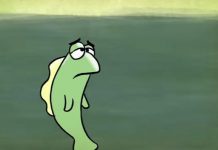 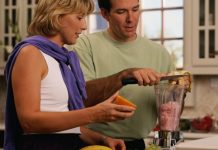 Mediterranean diet, caffeine may be good for your eyes