PRICE, Utah, April 8, 2019 (Gephardt Daily) — Two men have been arrested and face charges of second-degree felony theft of an automobile after police tracked down a  2008 Hummer that had been stolen from an auto repair shop in south Price.

Officer Jared Hansen, Price City Police Department, received a report late Thursday  afternoon that the Hummer was missing from the auto repair shop and had been stolen sometime Wednesday evening.

According to a news release from Price City PD, the vehicle had been at the repair shop since January 9, because it was disabled and needed a great deal of repair work that required ordering new parts.

The vehicle’s owner had been visiting in Texas and was on the way back to Washington, where he works.

“The local shop made sure the owner was taken care of, and transported him to Provo where he could get transportation all the way back to Washington,” the news release states. “The repairs were completed and paid for by the owner, and the vehicle was parked in the shop’s lot pending retrieval by the owner.”

At the time shop personnel reported the theft, they noted that they still had the owner’s keys to the vehicle.

As Officer Hansen began investigating, he was able to confirm that the owner hadn’t picked up the vehicle, hadn’t given anyone permission to get it, and it hadn’t been repossessed.

Hansen also got security video from nearby businesses and was able to see the theft of the Hummer and the getaway, the release says. The video also confirmed that an accomplice was involved.

The next day, Officer Cameron Sartori found the stolen Hummer at the north Price residence of Travis Martin Jordan, 33, who previously lived in California.

“Mr. Jordan was allegedly in possession of two new keys and a new fob that worked with the Hummer,” according to the news release.

Jordan was taken to the Price Police Department, was Mirandized and allegedly agreed to an interview with Officer Hansen.

Jordan explained that he had been at the repair shop for legitimate business when a shop employee approached him and said the Hummer could be sold because the owner was deported and the “2nd owner” just wanted to sell the vehicle.

After several off-site visits to firm up arrangements, Jordan allegedly told the officer, money was exchanged and Jordan was given a bill of sale.

The bill of sale has been collected as evidence.

At that point, Officer Hansen, knowing that the actual owner was in Washington, arrested Jordan and booked him into the Carbon County Jail for second-degree felony theft of an automobile.

The Hummer was recovered and returned to the owner.

Police say Travis Jon Loveland, 28, of Price, the shop employee who arranged the sale of the Hummer, “reached out to the PD, allegedly wanting to talk about the investigation.”

Officer Hansen read Loveland his Miranda rights and Loveland agreed to talk with him.

According to the police news release, Loveland initally denied involvement in the “theft/sale” of the Hummer. He allegedly acknowledged arranging a different type of sale with Jordan that didn’t come about.

When Hansen pointed out inconsistencies in Loveland’s story, Loveland stopped speaking with him.

Loveland was then arrested and booked into jail for second-degree felony theft of an automobile.

The news release states that, according to court records, Travis Jordan has 28 previous incidents out of California, including convictions for grand theft, burglary, and robbery, all first-degree felony charges in California. Jordan also spent time in prison in California beginning in 2008.

Court records show that Travis Loveland has six previous incidents, including drug, alcohol and retail theft offenses. His bail was set at $10,000. 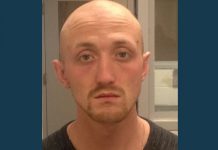 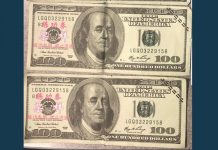