The departure is a other major staff shakeup in three weeks for Trump, who fired former chief of staff Reince Priebus and replaced him with Homeland Security Secretary John Kelly.

Bannon, who had been rumored to be on the outs in Trump’s inner circle for weeks, was for a time one of the president’s closest aides who spent hours each day in the Oval Office. It had been reported recently that Trump and Bannon hadn’t seen each other in person in more than a week, though Bannon advised the president on his response to the racially motivated violence in Virginia last week.

Trump’s response to the situation, in which one person was killed and several more injured — when a neo Nazi sympathizer drove his vehicle into a crowd of anti-racist counter protesters — was heavily criticized. Trump initially said the violence was the work of people “on many sides.” Two days later, as pressure mounted from Democrats and Republicans alike to disavow racist violence, Trump forcefully condemned Charlottesville protesters he said were specifically to blame for what happened, but returned to the “both sides” argument a day later.

Prior to signing on with the Trump campaign, Bannon was a leader of the conservative online news outlet Breitbart — which made a name for itself by railing against mainstream conservatives like House Speaker Paul Ryan and the Republican National Committee.

As the leader of the Trump campaign, Bannon kept those elements at arm’s length. Once in the White House, as Trump sought to bring together disparate factions of the Republican Party into his administration, Bannon clashed with them.

RNC Chairman Reince Priebus was named Trump’s chief of staff, and for a time he and Bannon were at odds. Bannon also openly feuded with Trump’s son-in-law, Jared Kushner, who has become a constant presence in Trump’s White House. Bannon also feuded with Trump’s brief choice for communications director, Anthony Scaramucci, who let fly with a profanity-laced tirade about Bannon’s inflated view of his political maneuvering.

Bannon had also clashed for months with national security director Lt. Gen. H.R. McMaster, after Bannon and his allies were forced off the National Security Council amid concerns they would politicize the nation’s top defense panel.

The New York Times reported Friday that Bannon’s departure was a mutual understanding with Trump, and that Bannon had submitted his resignation on Aug. 7 as they contemplated the best way to handle the public announcement. The decision for him to leave, the Times report said, was delayed by the violence in Charlottesville. 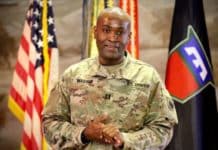 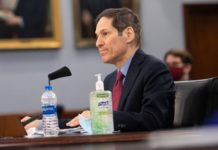