Aug. 25 (UPI) — John McCain, a Vietnam veteran who spent seven years as a prisoner of war and later earned a reputation for breaking from his party as a Republican senator from Arizona, died Saturday at his home, a statement from his office announced. He was 81.

The one-time Republican presidential nominee died 13 months after doctors diagnosed him with what he described as a “very vicious” form of brain cancer.

“With the senator when he passed were his wife, Cindy, and their family. At his death, he had served the United States of America faithfully for 60 years,” McCain’s office said in a statement.

Doctors discovered the brain tumor in July 2017 during a scheduled eye procedure to remove a blood clot. He was optimistic about his prognosis during a September 2017 appearance on CNN’s State of the Union, saying he was getting the “best treatment” available.

Born Aug. 29, 1936, at U.S. Navy base Coco Solo in Panama, John Sidney McCain III was a third-generation Naval Academy graduate. He served in the Navy from 1958 until his retirement as captain in 1981.

He served as a naval pilot of ground-attack aircraft during the Vietnam War, and on Oct. 26, 1967, communist North Vietnam shot down his A-4E Skyhawk with a missile over a Hanoi lake. Communist soldiers rescued McCain, who had broken both arms and legs during ejection from the plane, and placed him in detention. As a prisoner of war, he was regularly tortured and forced to take part in anti-U.S. propaganda until his release in 1973.

McCain entered politics in 1982, when Arizona voters elected him to the U.S. House of Representatives. As a congressman, he served on the House Committee on Interior Affairs and House Foreign Affairs Committee.

In 1986, McCain was elected to replace retiring Barry Goldwater in the Senate, where he gained his reputation as a so-called political “maverick,” at times voting against his own party. A review by a polling analysis website found that from 1987 to 2015, McCain voted with the Republican Party 87 percent of the time, slightly less than the median Republican senator of 91 percent.

The six-term senator most frequently voted against his party during the administration of President George W. Bush, when he voted against tax cuts in 2001 and in favor of reducing greenhouse emissions in 2003.

In the first year of the Trump administration, McCain focused on preserving “regular order in the Senate,” voting against repeal or partial repeal of the Affordable Care Act multiple times because Republicans had pushed through the legislation without committee input.

“I believe we could do better working together, Republicans and Democrats, and have not yet really tried,” McCain said in July 2017 of the so-called Graham-Cassidy proposal, a “skinny repeal” of Obamacare. “Nor could I support it without knowing how much it will cost, how it will affect insurance premiums and how many people will be helped or hurt by it.”

McCain received a standing ovation on the Senate floor earlier that month during a speech shortly after his cancer diagnosis. He addressed the divide between the two parties and encouraged senators to work together.

“We are not the president’s subordinates. We are his equal,” he said. “Our deliberations can still be important and useful, but I think we can all agree that they haven’t been overburdened by greatness lately.

“Stop listening to the bombastic loudmouths on the radio and television and the Internet. To hell with them!” McCain added. “What have we to lose by trying to work together to find those solutions?”

McCain ran twice for president, losing the Republican primary to George W. Bush in 2000, and the general election to Barack Obama in 2008. 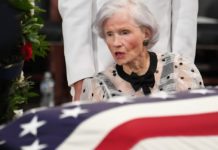 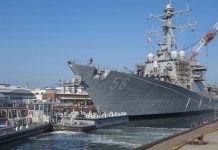 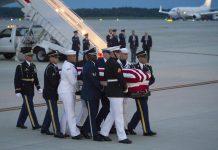