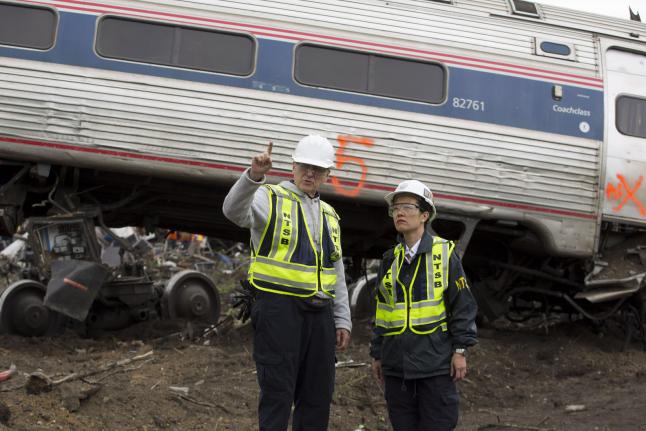 Amtrak: 8th Body Found in Wreckage; All Passengers Accounted For

PHILADELPHIA, May 14 (UPI) — Emergency crews continued the grim task of searching for missing passengers in the rubble of the derailed Amtrak train Thursday, while investigators try to piece together details of the crash that left seven dead and hundreds injured.

At a news conference Thursday afternoon, Philadelphia Mayor Michael Nutter said an eighth body was discovered in the train wreckage and all 243 aboard have now been accounted for. He said 43 victims remain in area hospitals, 18 at nearby Temple University Hospital. The fatally injured victim was not identified. Joseph H. Boardman, Amtrak’s CEO, said, “Amtrak’s heartbroken for what happened here.”

Earlier in the day Thursday, Brandon Bostian, 32, of Queens, N.Y., the engineer driving the train, said he has “absolutely no recollection of the incident” and “no explanation” for what happened, his attorney told ABC News. Bostian has voluntarily turned in a blood sample and his cell phone, attorney Robert Goggin said. He initially spoke with investigators, but later declined to provide a statement without an attorney.

Goggin said Bostian suffered a concussion and injuries to both legs. Bostian has no prior medical problems, Goggin said.

“He remembers driving the train,” Goggin said. “He remembers going to that area generally, [but] has absolutely no recollection of the incident or anything unusual. He recalls — the next thing he recalls is being thrown around, coming to, finding his bag, getting his cell phone and dialing 911.” 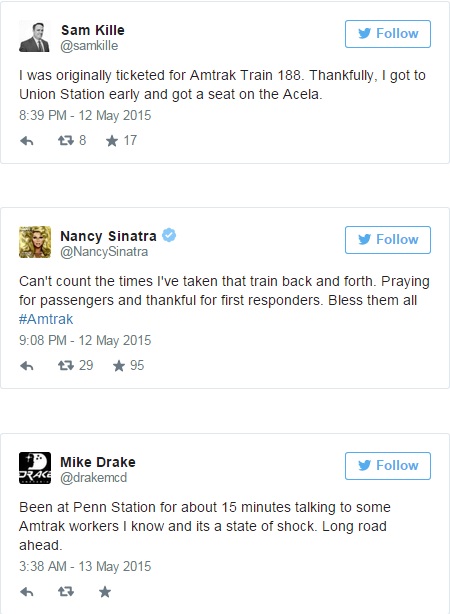