April 17 (UPI) — One person died Tuesday after a Southwest Airlines flight was forced to make an emergency landing in Philadelphia when one of the engines failed, officials said.

The plane was traveling from New York’s LaGuardia Airport to Dallas Love Field when it experienced the emergency. Southwest said 143 passengers and five crew members were on board the Boeing 737-700 aircraft.

The plane landed about 12 minutes after the engine problems began, causing one window to break. Initial reports were that one person was injured, but National Transportation Safety Board Chairman Robert Sumwalt said later Tuesday that one person died.

The NTSB classified the incident as an “engine failure.”

“Safety is always our top priority at Southwest Airlines, and we are working diligently to support our Customers and Crews at this time,” the airline said in a statement. 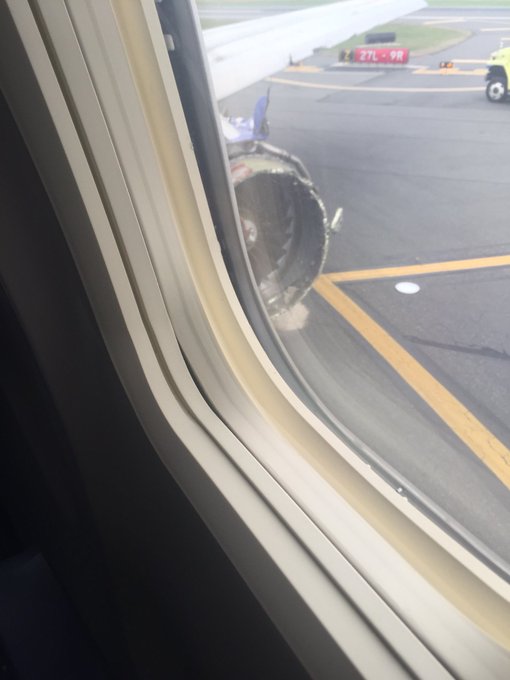 Kristopher Johnson, a passenger on the plane, tweeted a photo from his window, which appears to show a damaged engine.

“I want to thank the crew of SWA 1380 for a great job getting us to the ground safely after losing [an] engine,” he wrote.

Another passenger, Matt Tranchin, told WPVI-TV in Philadelphia that some of the crew members were crying.

“Flight attendants rushed up. There was momentary chaos. Everyone kind of descended on where this hole was. As passengers, we weren’t sure if they were trying to cover up the hole, but the plane smelled like smoke. There was ash coming through the ventilation system. We started dropping,” he said.

D.C. officer who responded to Jan. 6 riot found dead in his home