IVINS, Utah, July 14, 2019 (Gephardt Daily) — A stake center of The Church of Jesus Christ of Latter-day Saints was vandalized over the weekend and police are reaching out to homeowners in the area who may have surveillance video of the suspects.

“Items were damaged, broken, in the church,” Studley said. “There was no report of anything missing.”

Unified Fire Authority spokesman Keith Garner said the fire was called in by a neighbor at about 2:42 a.m. He said it took about 45 minutes to get the fire knocked down so that it was completely out, and crews then remained at the scene to make sure there were no hot spots.

The cause of the fire had not been determined, but Garner said, “most of the time, with something like this we turn toward human-caused.”

Anyone who has any information regarding the stake center vandalism in Ivins is asked to call the St. George dispatch center at 435-627-4300.

Anyone who has any information regarding the church fire in Cottonwood Heights is asked to call police dispatch at 801-840-4000. 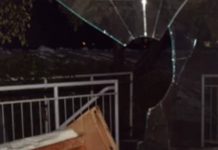 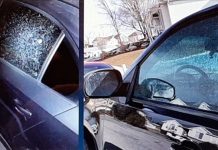