April 7 (UPI) — People consuming nuts and seeds have a lower risk of heart disease than those mostly eating meat, according to a study conducted in the United States and Canada.

Researchers from Loma Linda University in California, and AgroParisTech and the Institute of National Agronomic Research in Paris, found that the type of proteins makes a difference: red meat increases heart disease risk by 60 percent, while plant proteins — nuts and seeds — cause a 40 percent reduction to risk.

Their findings were published this week in the International Journal of Epidemiology.

“While dietary fats are part of the story in affecting risk of cardiovascular disease, proteins may also have important and largely overlooked independent effects on risk,” Dr. Gary Fraser, from Loma Linda’s School of Public Health said in a press release. “This new evidence suggests that the full picture probably also involves the biological effects of proteins in these foods.”

The study examined 81,337 Seventh-day Adventists, a group that is about evenly split between vegetarians and meat-eaters, from 2002 to 2007. The men and women, between age 25 and 44, were asked what kinds of food they eat on a regular basis, including the amount of meat, nuts, grains and veggies.

“A wide variety of nuts, eaten in small quantities each day, will lower blood LDL cholesterol — the bad cholesterol,” Fraser told Business Insider. The difference, he said, is 10 to 14 mixed nuts a day.

During the nine-year followup period, researchers closely examined what the participants ate, as well as details of 2,276 deaths among participants credited to cardiovascular causes.

Fraser said that nutritionists considered “bad fats” in meats and “helpful fats” in nuts and seeds, and said the researchers had always suspected it made a difference what kind of protein people consumed.

The researchers didn’t just examine the differences between animal and plant proteins, they also looked at other dietary sources, they said. The researchers found no significant associations for grains, processed foods, legumes, fruit and vegetables among protein factors.

“Associations between the ‘meat’ and ‘nuts and seeds’ protein factors and cardiovascular outcomes were strong and could not be ascribed to other associated nutrients considered to be important for cardiovascular health,” the researchers wrote in the study. “Healthy diets can be advocated based on protein sources, preferring low contributions of protein from meat and higher intakes of plant protein from nuts and seeds.”

Fraser said future studies should look for the amino acids in meat proteins that contribute to cardiovascular disease, as well as whether proteins from specific sources affect cardiac risk factors of blood lipids, blood pressure and weight. 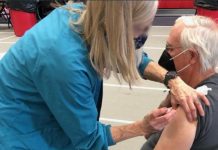 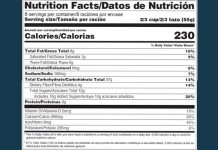 WHO plans to eliminate trans fats from food by 2023 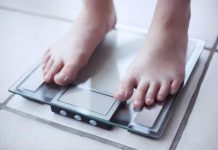