June 30 (UPI) — In a ruling along ideological lines, the Supreme Court ruled that the Environmental Protection Agency has no authority in mandating carbon emissions from existing power plants.

The ruling hamstrings the Biden administration in its climate change goals of lowering the output of such emissions into the atmosphere.

Chief Justice John Roberts wrote in the 6-3 majority opinion that Congress must have a say in applying such rules.

“In certain extraordinary cases, both separation of powers principles and a practical understanding of legislative intent make us ‘reluctant to read into ambiguous statutory text’ the delegation claimed to be lurking there. Utility Air, 573 U. S., at 324,” Roberts wrote.

“To convince us otherwise, something more than a merely plausible textual basis for the agency action is necessary. The agency instead must point to ‘clear congressional authorization’ for the power it claims.”

The liberals on the court agreed, though, that Congress had already given the EPA that authorization.

“Today, the court strips the EPA of the power Congress gave it to respond to the most pressing environmental challenge of our time,” Justice Elena Kagan wrote in her dissent. “It deprives EPA of the power needed — and the power granted — to curb the emission of greenhouse gases.”

The case was brought by a coalition of Republican-led states and coal companies that contested an earlier federal appeals court decision that said the EPA had the power to issue the kind of regulations they opposed.

The U.S. Court of Appeals for the District of Columbia struck down a revised rule by the Trump administration that ended EPA restrictions. The Biden administration sought to promote cleaner sources of energy through its efforts. 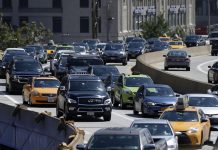 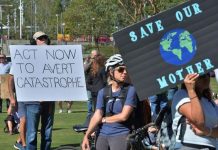