BRUSSELS, March 28 (UPI) — Three people in Brussels have been charged with involvement with a terrorist group following the deadly Islamic State bombings that killed at least 35 people.

It has not been determined if those charged were directly involved with Tuesday’s bombings. The charged men were identified as Aboubaker O., Yassine A. and Mohamed B.

Another man, Faycal Cheffou, was charged over the weekend with direct connection to the Brussels bombings. He was arrested Thursday.

Meanwhile, the U.S. Department of State has confirmed two more Americans were killed in the attacks — bringing the U.S. citizen death toll to four.

The identities of the deceased were not immediately revealed, but the State Department said that “we express our deepest condolences to their loved ones.” Belgian officials on Monday said the overall death toll in the bombings increased to 35 after four people died from injuries. The death toll is expected to continue to rise.

“The U.S. Embassy in Brussels is providing consular assistance,” a State Department official told NBC News. “We have no further information to share out of respect for the families during this difficult time.”

The other two Americans who died in the attacks were previously identified as husband and wife Justin Shults, 31, Stephanie Shults, 29. The couple moved to Belgium in 2014. They died from the bombing attack at the Zaventem International Airport after they dropped off Stephanie’s mother.

Police in Brussels have conducted dozens of additional raids following the attacks. 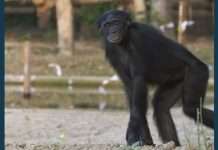