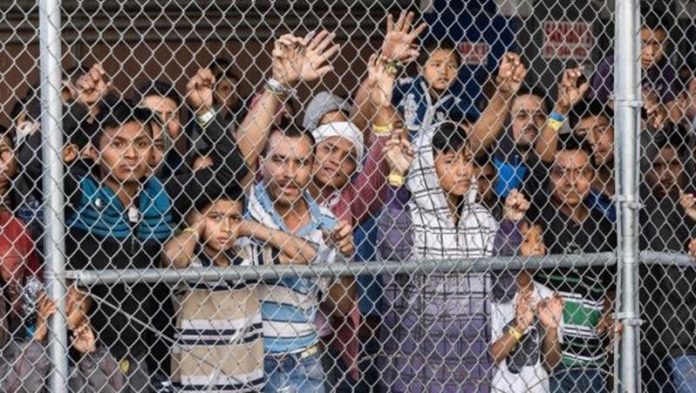 “Next week ICE will begin the process of removing the millions of illegal aliens who have illicitly found their way into the United States,” he said Monday on Twitter. “They will be removed as fast as they come in.”

While Trump did not give specifics, ICE operations are usually kept secret until they are underway in order to prevent alerting those targeted, the Washington Post reported.

The announcement follows Mexico having signed an agreement with the United States on June 7 to beef up measures to stop Central American migrants before they get to the U.S.-Mexico border in return for the Trump administration not following through on tariff increase threats.

In the agreement, Mexico said it would increase National Guard deployment throughout the country and the United States said it would “rapidly” return migrants seeking asylum in the states to Mexico.

In the two-tweet thread Monday, Trump applauded Mexico for “doing a very good job stopping people long before they get to our southern border.”

He also said that Guatemala was “getting ready” to sign a safe third country agreement with the United States, which means that both countries would view each other as “safe” for asylum seekers and prevent migrants from applying for refugee status in one country after having traveled through the other.

The only safe third country agreement the United States has is with Canada, which the two countries signed in December 2002.

Last week, Vice President Mike Pence said a safe third country agreement between Guatemala and America was close to being finalized and was met with swift condemnation from human rights groups.