Dec. 4 (UPI) — A gunman opened fire at a military base in Hawaii Wednesday, shooting three people before turning the weapon on himself, officials said.

The Joint Base Pearl Harbor-Hickam identified the shooter as a U.S. sailor who injured three Department of Defense civilian workers before killing himself.

Security forces said they responded to a “reported shooting” at around 2:30 p.m. (5:30 Utah time) in the vicinity of the Pearl Harbor Naval Shipyard’s Dry Dock 2 on the southern shore of Oahu island, prompting the military base to be put on lockdown that was then lifted about an hour and a half later, the base said via Twitter.

“Base security and Navy investigative services are currently investigating,” the Joint Base Pearl Harbor-Hickam said. “The names of the victims will not be released until the next of kin have been notified.” 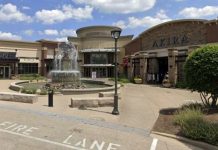