MIDVALE, Utah, Sept. 18, 2020 (Gephardt Daily) — Police have released the name of the wanted fugitive taken into custody Friday night after an officer-involved shooting in which a passenger in his car fired at police and was fatally wounded by return fire.

Joseph Schultz, 24, of West Valley City, had outstanding warrants and was being sought for robbery, drive-by shootings and repeatedly fleeing from police, Unified Police confirmed.

Schultz was arrested Friday night following a brief pursuit that ended at the intersection of 7200 South and Bingham Junction Boulevard.

Police had located his car at a Motel 6 in Midvale and spiked the tires, but Schultz continued to flee, driving over sidewalks and through a construction zone before coming to rest in the intersection.

Schultz and two passengers ran south from the vehicle, and another passenger — a 22-year-old man — got out of the car, produced a handgun and fired at police, who then returned fire. The 22-year-old was transported to a local hospital, where he was pronounced deceased. His name has not yet been released. 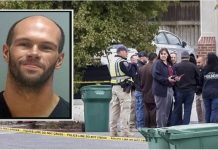 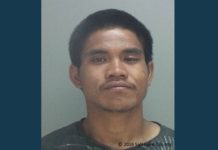