Conservation Officer Kody Jones located a poached doe and fawn near Cedar City on March 3, the Utah DWR said in a news release.

“The deer were located along the east frontage road north of Cedar City. The deer had been shot and left to waste,” the news release said. “Officers determined that the animals had been shot a day or two before they were located.”

There are no suspects at this time.

In early February, conservation officers with the Utah DWR were dispatched to a location east of Jensen in Uintah County, where two buck pronghorn had been killed and left to waste, the news release said.

They also found a doe pronghorn that had been wounded and was ultimately euthanized.

Evidence at the scene suggests the shooting occurred between Feb. 6 and Feb. 9.

The DWR is seeking information related to the killing and waste of these animals. Anyone who has any information about this or any other wildlife violation, please contact the UTiP Hotline at 1-800-662-3337.

A reward may be available to anyone who provides information leading to the successful prosecution of the person or persons responsible for these crimes, officials said.

Warning: This image may be disturbing to some viewers 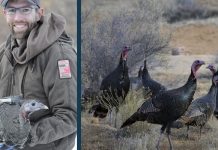 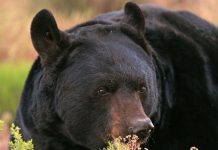