Today we were able to safely relocate a #BlackBear out of #Payson. #Utah #WildlifeManagement pic.twitter.com/kBj5fR10LV

PAYSON, Utah, Aug. 24, 2019 (Gephardt Daily) — A black bear, reported Friday after it was seen feasting in an apricot tree in Payson, was tranquilized, transported to the mountains, and released.

Workers from the Utah Division of Natural Resources captured the operation on video, and shared it on their Twitter page.

“We responded to find there was a black bear in a tree,” Bagley says. “It had been feeding on apricots. It had been in the area for a while. It was an older bear.

“We were able to tranquilize the bear, bring it down, place it into a containment trap before we were able to reverse the drugs we administered, and transport the bear back up into the mountains, where it was released.

“There was some good work on the biologists’ behalf,” Bagley says. “Now the bear’s back in a safe place.” 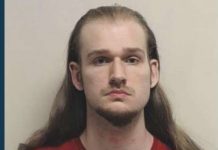 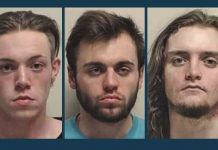