OGDEN, Utah, Aug. 22, 2019 (Gephardt Daily) — A man who worked at a Weber County care center has been accused of felony abuse of a vulnerable adult after investigators say the suspect admitted to purposely hurting a patient in his care.

Mendenhall was booked into the Weber County Jail on Wednesday.

A probable cause statement filed by an officer of the Ogden Police Department says that he was contacted by Adult Protective Services after Mendenhall’s therapist contacted authorities after an emergency session.

“The therapist advised that his patient, Spencer Mendenhall, is an employee at Chrysalis Group Home,” the statement says. “Spencer told his therapist during a session that he had been hurting one of the residents that he was tasked with caring for.

“Spencer admitted to tripping the resident, pinching his nose, hitting him in the stomach and slamming his patient’s head to the ground. He would have the resident lay on his back on the floor even though the resident had a bad back. The victim was at Ogden Regional Medical Center for a brain bleed. He was discharged and taken to Heritage Park in Roy.”

A social worker at Heritage Park told the officer that the victim “is nonverbal and has cerebral palsy, cognitive problems and personality disorder,” the statement says.

“I saw the injuries on the victim,” the OPD officer’s statement says. “There were bruises around his left eye that appeared to be fairly new since there were red scrapes. He had brown bruises on both his arms and legs. There was purple bruising on the inside of his lower legs. I spoke with the nurses that treated him at Ogden Regional Medical Center, who advised that there was purple bruising in his anus and scrotum area.”

The therapists told officers Mendenhall reported the abuse had been going on for one or two months.

“He (Mendenhall) advised that he got set off from the victim clapping his hands and making finger gestures like a 1 year old. Spencer also admitted to pinching the victim’s nose in order to cause a nose bleed.”

Mendenhall, interviewed outside his home, admitted to abusing the victim, the statement says.

Mendenhall reportedly told officers “the victim’s brain bleed may have been caused by his head being slammed to the floor,” the probable cause statement says. Mendenhall also told officers “that he was certified as a Direct Support Professional.” 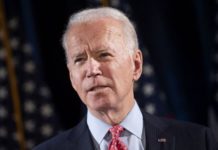