SALT LAKE COUNTY, Utah, April 5, 2019 (Gephardt Daily) — A West Jordan man who was on parole after being convicted of murder in 1991, was booked into Salt Lake County Jail on Friday on charges relating to child pornography.

Charles Pete Ulibarri, 44, is facing 10 counts of sexual exploitation of a minor, second-degree felonies, after an investigation found he “knowingly produced, possessed or possessed with intent to distribute” images of young children being sexually abused by adults, according to a probable cause statement filed in the Third Judicial District Court.

Involved in the investigation were agents with the Internet Crimes Against Children Task Force and the Utah Attorney General’s Office.

In the course of the investigation, it was determined that Ulibarri had uploaded approximately 60 files of child pornography to his cloud storage account.

He was found to have hundreds of images of child pornography on his cellphone. A firearm and “a small amount of marijuana” also were in the home.

“Ulibarri was convicted of 1st degree felony Aggravated Capital Murder in 1991 and was paroled in 2013,” the probable cause statement says.

“Ulibarri is currently on life time parole for his conviction and was found to be in possession of over six thousand files of child pornography, a felony crime.”

The statement adds: “Since being paroled, Ulibarri was arrested in March 2017 for Violation of Parole or probation … when he absconded and was located by US Marshals in West Wendover.”

He is being held on a no-bail warrant. 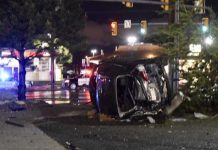 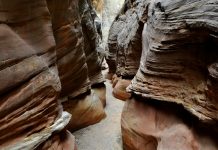