CALABASAS, Calif., June 5 (UPI) — Hundreds of firefighters are battling a wild fire in Los Angeles County as helicopters dump water on the blaze and thousands evacuate the area.

The wildfire broke out Saturday afternoon burning about 500 acres in and around Calabasas — a relatively affluent area that is home to a few celebrities, includingJessica Simpson and Toni Braxton, CNN reported.

About 5,000 residents have been evacuated thus far, most being forced out by a mandatory order, said Los Angeles County Sheriff’s Deputy Jeffrey A. Gordon. No homes or injuries were reported as of Saturday night, the Los Angeles County Fire Department announced on Twitter.

Deputies with the sheriff’s department said a black truck struck a pole in the 2300 block of Mulholland Highway. Witnesses told investigators the truck was speeding before it hit the power pole, knocking it over and causing a transformer to explode, which sparked the fire, ABC7 reported.

Deputies helped fight the fire, the department reported on Twitter.

Some buildings are at risk and fire officials said nearby Camp Wildcraft, a new campground set to open for the first time on June 13, appears to be a complete loss.

Camp Wildcraft spokeswoman Shari Davis confirmed that the camp has sustained heavy damage but said firefighters were able to save the oldest home in Calabasas, the Masson Residence.

Ash from the fire was reported in North Hollywood and Burbank, and even as far as Arcadia. 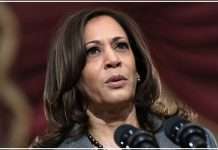 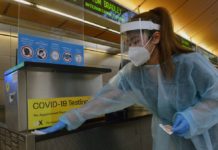