The sound, also described as a “hum” or a “beep,” has been heard in the Fury and Hecla Strait in the newest and largely uninhabited Canadian territory of Nunavut, according to the CBC.

The area is a polynya, an area of open water surrounded by ice, which usually makes an ideal home for large numbers of sea mammals.

“That passage is a migratory route for bowhead whales, and also bearded seals and ringed seals. There would be so many in that particular area,” legislative assembly member George Qulaut said. “This summer there was none.”

While he said years of hunting rendered him nearly deaf and unable to hear the sound, Qulaut and fellow assembly member Paul Quassa agreed the lack of wildlife was “suspicious.”

The Canadian military sent an aircraft to investigate the “acoustic anomalies,” but the multi-sensor searches yielded no explanations, according to the BBC.

“The [aircraft] crew did not detect any surface or sub-surface contacts,” the military said in a statement. “The only thing the crew did observe were two pods of whales and six walruses in the area of interest.”

While some believe the sound could be caused by local mining companies conducting sonar surveys in the area, Quassa said no territorial permits for such work have been issued.

The military also ruled out the presence of both domestic and foreign submarines in the area.

“Not only would we not do anything to harm marine life, but we very much respect the right of Inuit to hunt and would definitely not want to impact that in any way,” she said.

The Department of National Defense promised to take “the appropriate steps” to investigate the noise, but remained equally baffled.

“The cause of the pings remains mired in mystery,” a spokesman said. 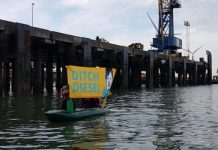 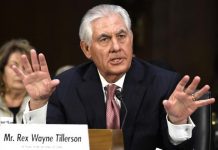 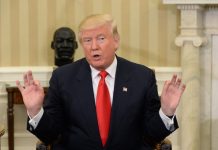