The spacecraft will dock with orbiting space module Tiangong-2 in two days, and the astronauts will remain aboard for 30 days, she said. Then it will return to Earth within one day.

Tiangong-2 was launched on Sept. 15 and remains “in a good condition,” Wu said.

Shenzhou-11 mission will be the only manned mission to the new orbital laboratory, according to Zhu Zongpeng, chief designer of Tiangong-2.

Jing, 50, who was named commander of the two-member crew, was aboard Shenzhou-7 mission in 2008 and Shenzhou-9 mission in 2012. It will be Chen’s first space flight.

Shenzhou is based on the Russian Soyuz-TM spacecraft and can carry up to three astronauts, according to NASA Spaceflight.com. 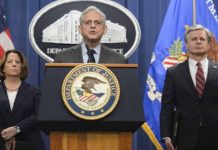 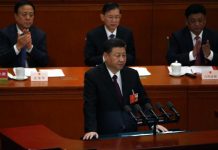