MASON, Mich., Nov. 22 (UPI) — A former doctor for the U.S. national women’s gymnastics team was arrested and charged Monday in Michigan on allegations he committed sexual abuse against a child.

Three counts of sexual abuse against Dr. Larry Nassar are expected to be announced at a press conference today, the first since allegations by at least two dozen former patients and a handful of USA Gymnastics athletes to be filed against the doctor.

Nassar, Team USA’s doctor from 1996 until 2015, and a professor and practicing doctor at Michigan State University until he was fired on Sept. 20, has been accused by two former athletes in the national gymnastics program and several other patients of abusing them.

Nassar is accused in the Michigan case of sexually abusing a girl younger than age 13 on several occasions at his home between 1998 and 2005. The charges carry a maximum sentence of life in prison.

“I’m heartbroken for his victims. And I’m heartbroken that that’s the man he is,” said Rachael Denhollander, a former gymnast with Team USA and the only one of Nassar’s accusers to have gone public. “I’m grateful it’s coming out. And I’m hopeful that justice will finally come for him. I’m hopeful that justice will come for everything he’s done. For all of his victims.”

While Michigan State University says it fired Nassar for not following performance requirements, the requirements were put in place after he was accused of sexual assault by a patient in 2014 after a former student reported “abuse during a medical procedure.” The university has reportedly received several similar complaints of abuse by the former professor.

USA Gymnastics also has been hit with allegations it ignored charges that Nassar had acted inappropriately in examinations with athletes, one of whom is an Olympic medalist and the other a former team member who says she was repeatedly molested by him.

The organization hired a former federal prosecutor to review how it has handled allegations of abuse and Nassar’s attorneys say he has “never denied that he used medical techniques involving vaginal penetration” but that the techniques were appropriate for his patients.

“Any allegations that Dr. Nassar was performing these procedures for any purpose other than proper medical treatment are patently false and untrue,” the attorneys said in September. 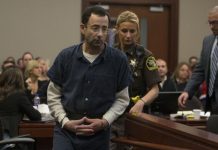 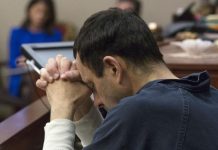