The House vote, 289-137 in favor of the bill, is a direct challenge to the Obama administration’s recently announced plan to bring about 10,000 migrants from the West Asian nations in the next year.

Effectively, the bill would subject every refugee to a thorough vetting by the FBI, Department of Homeland Security and Director of National Intelligence before they can enter the United States ─ a mandate the White House said is virtually impossible to achieve.

“If our law enforcement and our intelligence community cannot verify that each and every person is not a security threat, then they shouldn’t be allowed in,” House speaker Paul Ryan, R-Wisc., said. “We cannot and we should not wait to act. Not when our national security is at stake.”

Many lawmakers who are increasingly cautious about taking in refugees, particularly after the terrorist attacks in Paris a week ago, have railed against the White House plan — as have some governors, who this week said they will not allow the immigrants to settle in their states.

The Nov. 13 attacks in Paris killed 129 and wounded more than 350 others. Authorities have said some of the perpetrators in the plot were tied to Syria in some fashion. Further, the Islamic State terror group, which claimed responsibility for the attacks, is heavily active in Syria.

Obama argued that the screening process for immigrants is already tough and negates the need for the House’s bill.

“That somehow [Syrian refugees] pose a more significant threat than all the tourists who pour into the United States every single day just doesn’t jibe with reality,” Obama said during a trip to Asia Thursday.

The legislation now goes to the U.S. Senate, where it is expected to face a tougher path to passage. Senate minority leader Harry Reid, D-Nev., has promised to block the bill.

“The problem is not with refugees,” Reid said.

“Don’t worry, it won’t get passed. Next question?” he responded after being asked about a potential veto.

Lawmakers in the House drafted the legislation in the aftermath of last week’s attacks. News reports have said it’s possible at least one of the conspirators entered France posing as a refugee.

Supporters of the White House plan say rebuking refugees seeking a place of safety goes against everything the United States represents.

“The United States has always been and should always be a place of refuge,” Rep. Jerrold Nadler, D-N.Y., said. “We might as well take down the Statue of Liberty.”

If the Senate votes on the measure, it won’t be until after the Thanksgiving holiday. 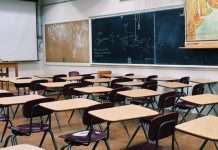