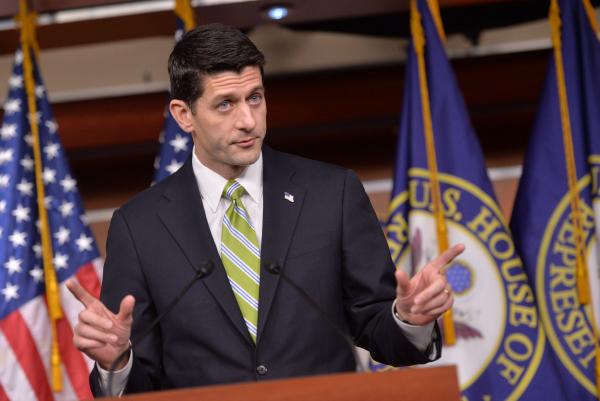 House speaker Paul Ryan, R-Wisc., speaks on a house bill that would introduce tough screening standards for Syrian and Iraqi refugees entering the United States. Lawmakers are concerned that the White House plan to bring about 10,000 refugees to the United States in the next year may increase the risk of terror attacks. Although President Obama has promised to veto the legislation, 47 Democrats voted for the bill Thursday. Photo by Kevin Dietsch/UPI