MOSCOW, April 12, 2017 (Gephardt Daily) — United State Secretary of State Rex Tillerson is meeting Wednesday in Moscow with Russian President Vladimir Putin in an attempt to deal with the diplomatic rift between the two countries after a chemical attack in Syria.

Also meeting at the Kremlin is Russian Foreign Minster Sergey Lavrov, who holds the position in Russia that is equivalent to Tillerson’s role in the U.S.

Tillerson and Lavrov will make a joint statement after the discussions conclude. To see the news conference, click on the player above.

Washington and Moscow officials have traded harsh remarks since last week’s chemical attack, which killed 89 people. The U.S. government responded by striking the Syrian air force base where the attack planes were believed to have taken off.

Putin, speaking on Russian television, reacted to the strike against Syria, its ally, by saying it was unfounded.

“Where is evidence that the Syrian troops used chemical weapons? No evidence,” he said. ” And what about violation of the international law? It is an obvious fact.”

Speaking about NATO member states’ reactions to the strike, Putin said no one questioned the U.S.

“What was the reaction of the NATO allies? All of them are nodding like bobble heads.” 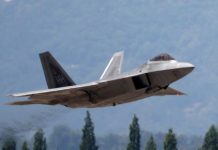 North Korea threatens to pull out of U.S. summit; cancels talks with South 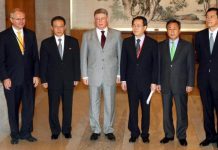