Officials located the remains on Tuesday near a highway in the Pageland Mount Croghan area of Chesterfield County, police said. The State Medical Examiner’s Office subsequently determined they belong to Erica Lynn Parsons, who disappeared in 2011.

Sandy and the girl’s adoptive mother, Casey, are both serving prison time for fraud convictions related to money they received after Erica was no longer living with them.

The medical examiner has not yet concluded on a cause of death.

Erica Parsons was first reported missing by her brother in 2013 but she hadn’t been seen by anyone since 2011. Her adoptive parents told police she went to live with other relatives, a claim investigators said was a lie.

“There is no way to adequately explain the collaborative efforts between law enforcement agencies and prosecutors who have worked tirelessly for the past three years to find Erica,” FBI Charlotte Special Agent John Strong said.

“The recent discovery of Erica Parson’s remains is heartbreaking,” he added.

Sandy and Casey Parsons were sent to prison for financial crimes they were charged with after Erica’s disappearance. They are set to be released in the early 2020s.

State investigators will continue to investigate how Erica died and who killed her, Strong said. 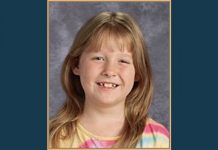 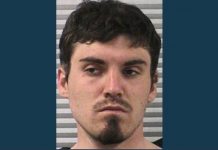