WASHINGTON, Oct. 7 (UPI) — For weeks, athletes who won an Olympic medal and prize money at the Summer Olympic Games in Rio de Janeiro faced the prospect of paying federal taxes on the rewards when they returned home.

The president signed the United States Appreciation for Olympians and Paralympics Act of 2016 to exempt most U.S. Olympic athletes from owing taxes on medals and money received at the international sporting events.

Previously, American athletes had to give the government a cut of the value of their awards.

The bill was passed by the House and Senate last month — clearing the entire U.S. Congress with only one ‘nay’ vote, from Democratic Connecticut Rep. Jim Himes.

“Our Olympic and Paralympic athletes make tremendous personal sacrifices while training to represent Team USA — most of the time with very little financial help — but until now the IRS has been taxing them on the value of their medal and award,” Rep. Robert Dold, R-Ill., the bill’s author, said. “Our bipartisan bill has ensured that when Team USA athletes return home with a medal, they will not receive a tax bill from the IRS.”

The only exception to the law is for athletes who make an adjusted annual gross income exceeding $1 million, such as Michael Phelps and the entire Team USA men’s basketball roster.

Winnings by athletes at the Paralympic games are also protected by the new law.

“Most of these athletes will never sign an endorsement deal or a professional contract, which is why it’s so important that these athletes will no longer be forced to pay a big tax bill when they achieve their Olympic dreams representing the United States,” Dold added.

The new law retroactively applies to the athletes at the Rio games, and will apply to all future winter and summer Olympics.

“America’s athletes and their families dedicate much of their lives and make considerable financial sacrifices to represent the United States on the world stage,” United States Olympic Committee CEO Scott Blackmun said. “Unlike most National Olympic Committees, the USOC and Team USA athletes do not receive federal funding and must rely on the generous support of the American public. This legislation is incredibly meaningful to our athletes and will help defray some of the significant expenses they have incurred.”

The Congressional Budget Office estimates that the new law will cut into the IRS’ revenue pool by about $300,000 per year. 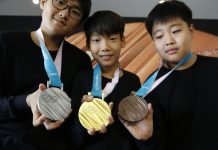 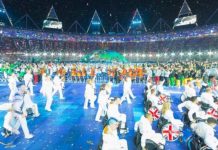