OGDEN, Utah, June 1, 2022 (Gephardt Daily) — One driver was transported to a hospital Wednesday night after a two-vehicle crash in Ogden.

Two others who were in a second vehicle were being evaluated for injuries, according to Ogden Duty Lt. Jason Vanderwarf.

The collision happened shortly after 7 p.m. at the intersection of 24th Street and E Avenue, just west of Ogden’s 24th Street viaduct.

The multi-agency crash team which investigates the more severe traffic accidents was called to the scene, Vanderwarf said.

Further information as to injuries, speeds and other detail was not immediately available as the investigation had just begun. 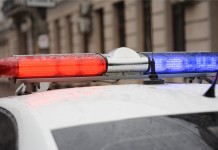 Man transported to hospital after broadside crash in Ogden