WOODS CROSS, Utah, March 20, 2022 (Gephardt Daily) — A Woods Cross woman is in critical condition with broken arms and ribs after police say her husband intentionally drove through a dead end at speeds between 50 and 70 miles per hour.

According to investigators, the man drove his truck into a stand of trees, rolled and ended up in a field at least 50 feet from the road.

Police said the man’s wife was partially ejected from the rear driver’s side window and was unconscious when first responders arrived, adding she was not wearing a seatbelt.

The man sustained minor injuries, but was able to get out. Lacking a phone, he walked to a nearby home to call for help.

Both were taken to a hospital, where the woman remains in critical condition.

The man was treated, released and booked into jail for aggravated assault.

While the investigation is still in its early stages, investigators believe the crash may have been a murder-suicide attempt.

Anyone who has experienced domestic violence is encouraged to call the Victim Advocate 24-hour hotline at 801-580-7969. All services are free, and callers can get information anonymously. People can also call the National Domestic Violence Hotline at 1-800-799-7233 or the Utah LINKLine at 1-800-897-5465 for confidential assistance. 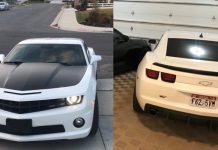 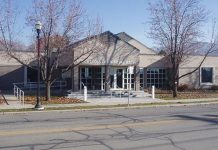