SALT LAKE CITY, Utah, Jan. 11, 2018 (Gephardt Daily) — We begin “The Morning Stream” with all the feels today — that amazing officer who saved that little boy from the frozen pond on Christmas reunited with him this week — the little dude survived 30 minutes under the ice and he’s alive. I’m already crying.

We’ll show you the best new gadgets of 2018 — including a Pizza Hut truck that’s self-driving and shows up at your door! Ever had a troll go after you on social media? It’s miserable — but comedian Sarah Silverman turned it around and into something beautiful.

Daisy and Erin have all your weekend Awesome, and Daisy as always, has free tickets! Another Hollywood A-lister is having another baby — at 57.

We then examine the mystery of the purple taco, which is terrorizing a Texas town … the alarming story of a man who starting snoring during his own funeral … and this is SO COOL — they want to build a high tech island in the middle of Utah Lake — that could house up to 500,000 people! 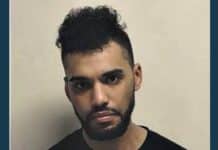