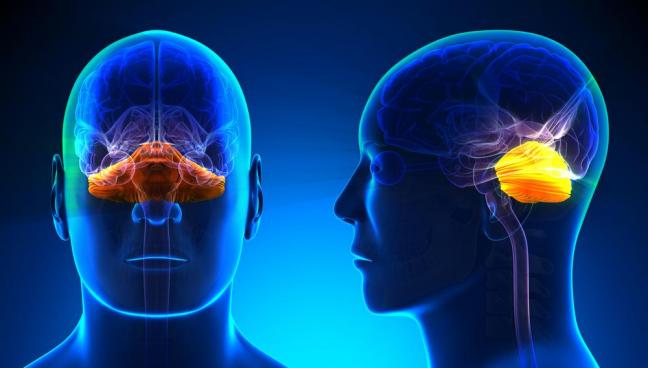 STANFORD, Calif., May 28 (UPI) — Researchers were surprised to learn in a study that the cerebellum, the part of the brain responsible for movement and planning, were not only important to creativity but can hamper it as well — playing a key role in whether or not a person can access their creativity.
[one_fourth]

[/one_fourth][three_fourth_last]
Inspired by the game Pictionary, 30 adults were asked to draw representations of action words while their brains were observed in an MRI machine. Researchers used the MRI data to determine the parts of the brain used for the task.

The data showed that when the 16 men and 14 women in the study were asked to “draw the word” parts of their cerebellum and cortex were used. Researchers were surprised that the cerebellum took over so quickly in handling the actual movements of drawing, relieving other parts of the brain from that burden in order to concentrate on what to draw next.

“It’s likely that the cerebellum is an important coordination center for the rest of brain, allowing other regions to be more efficient,” said Allan Reiss, MD, a professor of radiology and of psychiatry and behavioral sciences at Stanford University, said in a press release.

“As our study also shows, sometimes a deliberate attempt to be creative may not be the best way to optimize your creativity,” he said. “While greater effort to produce creative outcomes involves more activity of executive-control regions, you actually may have to reduce activity in those regions in order to achieve creative outcomes.”

The study is published in Scientific Reports.