“Legally, an officer-involved shooting investigation is no different from any other investigation into potentially criminal conduct: the procedural, evidentiary, and constitutional rights of all participants must be respected at all times,” Gill said in a statement released Thursday afternoon.

“As a practical matter, however, this type of investigation is complicated by the involvement of several different agencies, intense media scrutiny, and the public’s right to timely information about the officers who are sworn to protect and serve their communities.

“Striking the delicate balance between these often competing interests is essential to ensure that neither the integrity nor the conclusion of an investigation is compromised. With that in mind, my office is declining media requests to release the officers’ body camera footage at this time. We have asked other involved agencies to respect that determination.”

The shooting victim, Abdi Mohomed, has been identified by multiple sources including the ACLU, but not by the Salt Lake Police Department due to the suspect’s juvenile status.

Abdi was shot about 8 p.m. on Saturday by two SLCPD officers in the area of 210 S. Rio Grande Road who were on another call at the time. Officers asked Abdi and another man, who were involved in an altercation, to drop their weapons. The weapons were two parts of a broken broomstick, according to witnesses, but police referred to them as metal objects.

The middle-aged man dropped his weapon, but Abdi did not. Witnesses say officers shot Abdi multiple times as he turned to face officers. Abdi was taken to an area hospital in critical condition, and has had multiple surgeries, according to reports from people who have identified themselves as the victim’s friends and family members.

After the shooting, approximately 100 law enforcement officers arrived on scene to help contain the angry crowd after an unknown number of people reportedly threw rocks and bottles at police officers, and shouted obscenities.

Protesters at a Monday night rally by Utah Against Police Brutality called for the release of officers’ body camera video.

In addition, the American Civil Liberties Union on Monday urged speed and transparency in the investigation.

Other Stories of Interest:  East High School put on lockout, lockdown after report of weapon sighting

“The ACLU of Utah joins Salt Lake City community members – particularly members of the community living in and around the Rio Grande neighborhood of downtown Salt Lake City – in calling for a full investigation of the recent shooting of 17-year-old Abdi Muhamed,” the statement said, in part.

“We urge Mayor Jackie Biskupski and interim Police Chief Mike Brown to act swiftly, openly, and objectively in gathering all of the facts behind this most recent officer-involved incident. We hope that Abdi and his family will be treated fairly and compassionately as all the facts of this incident are sorted out.”

In addition, the Council on American-Islamic Relations (CAIR), the nation’s largest Muslim civil rights and advocacy organization, on Monday called on police in Salt Lake City to release the body camera video. The statement was authored by Nihad Awad, CAIR’s national executive director.

“Because of past unfortunate incidents of controversial police shootings nationwide, the release of the body camera video could help allay community concerns about transparency and accountability,” Awad said.

Gill’s statement said a lot of thought has gone into his decision.

“Please understand that we did not arrive at this decision lightly,” he said, in the prepared statement. “But these video recordings may contain evidence of a crime or other misconduct, and as a result may be relevant not just to the officer-involved shooting investigation but also, potentially, to other charges or claims relating to it.

“Video recordings, just like all other evidence, must be handled in accordance with the rules of law, consistent with the constitutional safeguards guaranteed to every participant in our criminal justice system.

“I believe past investigations of my office have been needlessly complicated, and sometimes compromised, when evidence was released prematurely, often against my advice and over my objection. This investigation — like all officer-involved shooting investigations—is too important to run that risk.

“We are committed to protecting the due process rights of everyone involved, while also engaging in an open and transparent process. To that end, we will work to complete the investigation as fairly and expeditiously as possible. Although, despite the diligence of all involved agencies, that may take weeks or even months to conclude, we are committed to releasing information relevant to this matter as soon as we can do so without compromising the investigation.” 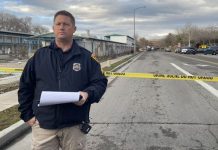 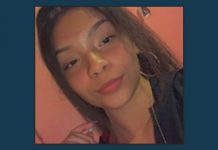