The three videos released show the three suspects believed to have been involved in the crime. In the first video, suspects can be seen staking out the house, at 3636 Ogden Ave., prior to the attack.

Police called to the area last Friday, Dec. 9,  responded at 7:58 p.m. and found the bodies of resident Cyle VanKomen, 24, and neighbor Kevin Nelson, 61.

A second resident was found in the backyard, alive. The 20-year-old man, whose name has not been released, remains hospitalized in critical condition.

SOPD Chief Darin Parke said Tuesday that the attack does not seem to be random, and investigators believe the suspects were familiar with the house and residents.

Parke said the police had been called to the house before because of a loud party. Investigators say there was evidence of marijuana and alcohol use by adults and probably by minors.

Parke said the department seeks closure for the families, and is not interested in prosecuting anyone for illegal drug or alcohol use in this case, so anyone with information should feel free to come forward. The video was posted on YouTube by the Standard-Examiner.

Footage from the one video shows (51 seconds in) a suspect squatting, apparently watching the home. That person is joined by a second, then a third.

The second camera shows suspects looking into the window of the house.

The last camera seems to show someone jumping a fence (at 45 seconds in) and lingering before heading back the same direction.

Although the suspects’ faces are covered, police hope the public might be able to identify one or more of them by their body shape, movements, gestures or clothing.

A GoFundMe page that says it has been set up to help pay burial costs for VanKomen can be found here. 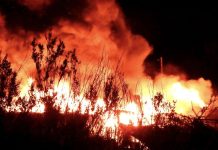 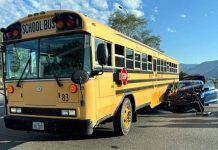