Sept. 2 (UPI) — One firefighter died and another was injured while battling wildfires in California that have burned more than 1.48 million acres as of Tuesday.

The California Department of Forestry and Fire Protection announced that a firefighter died while battling the August Complex fire on the Mendocino National Forest on Monday and another was receiving medical attention.

The Cresson Volunteer Fire Department in Texas announced that the firefighter who died was a member of the department.

“A couple of hours ago we learned that she lost her life on the fireground,” the fire department wrote on Facebook on Monday. “Our department is numbed by the news and we are hurting.”

Eight people have died, including a helicopter pilot who was killed while battling the Hills fire, in the more than 900 wildfires that have sparked in the state due to a lightning siege that began on Aug. 15.

Cal Fire on Tuesday reported that the LNU Lightning Complex, the most destructive of the fires, has burned 375,209 acres in Napa, Lake, Sonoma, Solano and Yolo counties and was 69% contained.

The blaze has resulted in five deaths and four injuries while destroying 1,288 structures and damaging 202 more.

The largest of the fires, the SCU Lightning Complex, has burned 390,157 acres in the counties of Contra Costa Alameda, Santa Clara and Stanislaus counties and was 70% contained as of Tuesday.

It has resulted in five injuries, destroyed 50 structures and damaged 15 more.

The CZU August Lightning Fire in San Mateo and Santa Cruz counties has burned 85,218 acres, resulting in one death and one injury while destroying 1,483 structures and damaging 140 more.

The 60,104-acre BTU/TGU Lightning Complex Fire in Butte, Tehama and Glenn counties has resulted in two injuries, destroyed 13 structures and damaged one more. 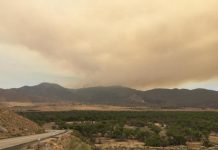