WEST JORDAN, Utah, July 8, 2020 (Gephardt Daily) — A South Jordan police officer who parked his patrol car in the driveway of his West Jordan home July 3 found the next morning that it had been vandalized.

The message “Black lives matter” had been spray painted in red across the passenger side of the vehicle.

“We don’t have any suspect information,” West Jordan Police Sgt. J.C. Holt,  told Gephardt Daily. “There were no doorbell cams. If anybody has any information about the vandalism, we would like to talk to them.

Holt explained that West Jordan police were investigating the crime since it happened in their jurisdiction.

Holt said investigatores do not believe the group Black Lives Matter was behind the vandalism.

“There’s nothing to support that,” he said, adding that believed to be the work of someone who is more interested in the opportunity for vandalism.

“We don’t have specific information that ties it to anyone,” Holt said.

“It is a little bit concerning that this happened outside a residence,” he said. 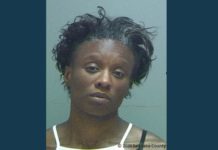