MADISON, Wis., May 13 (UPI) — Newly released dash cam video shows a Madison police officer in the moments before and after he fatally shot an unarmed 19-year-old man.

The video was released Wednesday by the Wisconsin Department of Justice, just hours before a planned protest in reaction to the announcement that Officer Matt Kenny will not be charged in the death of Tony Robinson.

The March 6 black-and-white footage shows Kenny stepping into a house alone where a disturbance was reported. His hand was on his weapon, and about 20 seconds after he entered the house, he backed out and seven rapid-fire gunshots are heard. The interaction between Kenny and Robinson is off-camera.

Once the shooting starts, two other officers come to the scene and continually shout “Madison police” inside the home. One calls for an ambulance, and the video ends with one officer outside and two others going inside the house.

Authorities also released images of the bloody crime scene and photographs of Kenny’s injuries, which include scrapes and bruises to his head.

The release of the information came hours before a planned protest. The Young, Gifted and Black Coalition called for walkouts throughout the city on Wednesday. The organization has demanded that Kenny be fired from the police department and charged in Robinson’s death. Some are calling for an independent investigation.

More than 1,000 people signed up on Facebook to attend the rally.

On Tuesday, Dane County District Attorney Ismael R. Ozanne announced the decision to not charge Kenny, pleading for peace in the community. Ozanne said the use of deadly force was lawful because Robinson was later found to have marijuana, mushrooms and Xanax in his system. Bystanders also described Robinson and “tweaking out” by jumping in front of vehicles. 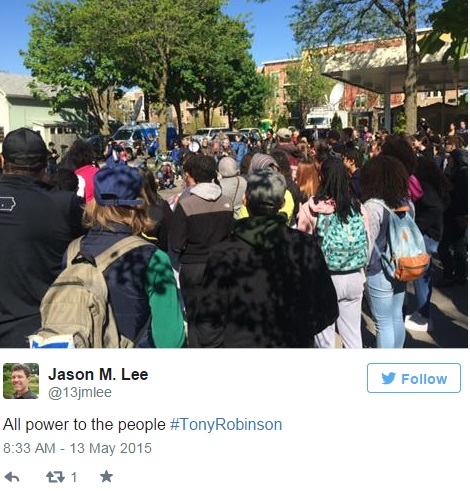 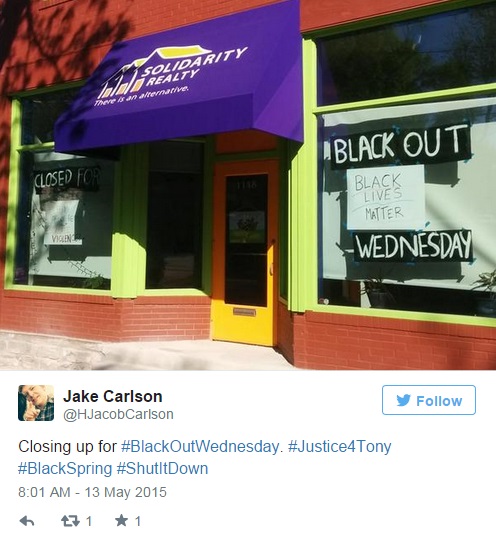 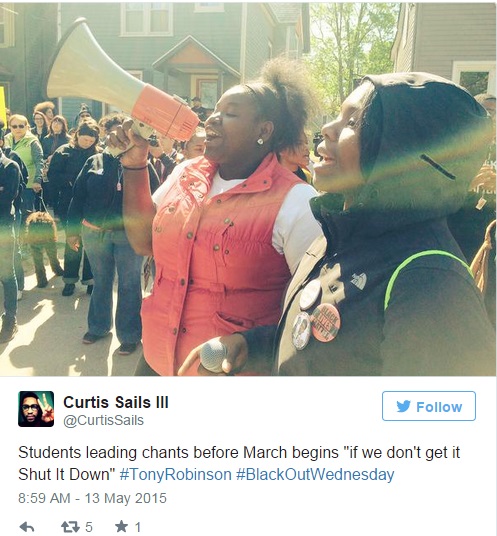