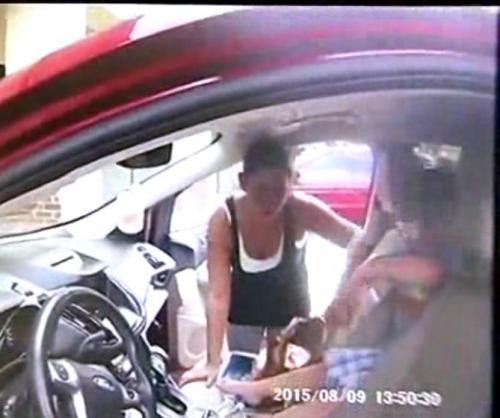 APOPKA, Fla., Aug. 13 (Ben Hooper ) — A Florida woman accused of leaving her young children in the car while drinking in a bar was caught on camera having her 4-year-old blow into her breathalyzer.

The Apopka police officer’s body camera was recording Sunday when April King, 35, handed the breathalyzer installed in her vehicle to her 4-year-old son so he could blow into it and start the car.

The officer was questioning King on allegations she left the boy and his 2-year-old sibling alone in the car while she drank at Froggers Grill and Bar.
King was arrested on child endangerment charges and held in lieu of $1,500 bail.
King’s husband, Doug King, said he had the breathalyzer installed in his wife’s car after her recent stint in rehab. He said his wife has a drinking problem and he does not intend to bail her out of jail.

“I think this is the best thing for her. Rehab hasn’t worked and she hasn’t learned anything from it,” Doug King told WFTV.

He said he is taking his children, who were released into the custody of a babysitter because he was out of town at the time of the incident, and moving to Oklahoma. 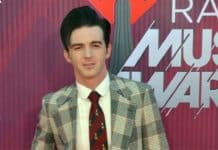