LONG BEACH, Calif., Sept. 30 (UPI) — A California motorist shared video of what happened when his girlfriend accidentally punctured a can of bear spray while they were in the car.

The video, uploaded to YouTube by user LastMangoOnEarth, features dashboard camera footage recorded near Long Beach with the audio of a man driving while his girlfriend accidentally punctures the can by moving her seat back.

The uploader said in a Reddit post the bear spray became wedged “between the seat rail and the floor.” The car initially pulls over to the left side of the road, but the man moves to the right side when he realizes the left shoulder is too small.

“We got out of the car, spent a while dry heaving and pouring water in our eyes, and then started throwing anything that the bear spray touched into a plastic garbage bag that we could seal up. Let it dry for about 20 min while the car aired out and it was good enough to drive with the windows down. Barely,” the man wrote on Reddit.

“Turns out bear spray has this spicy odor combined with the most sickly chemical sweet smell you can imagine. And wherever it touches your skin it will BURN. Dish soap to get the oils off and rag soaked in milk to stop the burning will be your best friend.That night was spent with gloves and a respirator scrubbing the carpets with dish soap to get the oils out. It’s gotten down to a mild odor, I just need to get the interior professionally cleaned now. All in all, I would not recommend you set off bear spray in a car. Kind of makes for a bad day.” 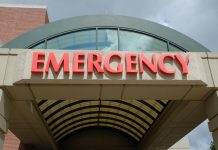 Fumes at Amazon facility in N.J. leave one in critical 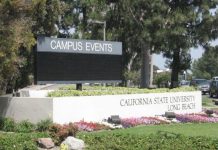