NOBLESVILLE, Ind., Jan. 6 (UPI) — An Indiana grandma whose joyous reaction to receiving a hunky firefighters calendar for Christmas went viral was treated to a second gift: visiting the models.

Mary Ann Davis, 80, became a viral star when family members filmed her reaction to unwrapping the 2016 Hamilton County Firefighters’ calendar and posted the video to YouTube.

“I don’t think I can stand this,” Davis says through laughter while regarding her gift.

The grandmother appears to have trouble composing herself while flipping through the pages.

Davis was treated to a second gift this week when she was invited to visit with some of the firefighters featured in the calendar. The firefighters thanked her for helping to drive calendar sales with the viral video.

“Her zest for life and how youthful for an 80-year-old that that brought that much joy and excitement to her, it’s just very neat,” firefighter Joe Scheumann, the calendar’s “Mr. April,” told WXIN-TV.

Funds raised by the calendar go toward the Hamilton County Fallen Firefighters Memorial.

“You go to bed sometimes thinking what am I really here for and did I really help somebody, yeah, I did today,” Davis said. 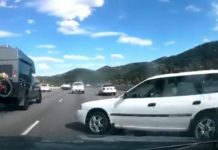 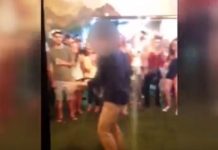 FBI agent whose gun fired while dancing can get gun back, judge rules 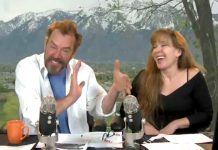