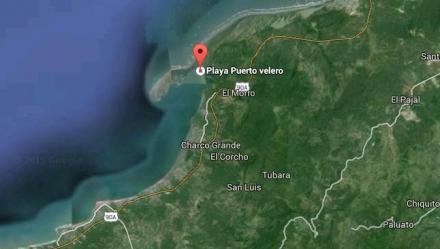 BOGOTA, May 21 (UPI) — A small Hawker 800 plane carrying a more than a ton of cocaine from Venezuela by a Mexican man crashed off the coast of Colombia on Wednesday.

The plane crashed near the Puerto Velero marina, close to Barranquilla. The Colombian Air Force initially intercepted the plane, but the plane crashed apparently due to mechanical failure or fuel loss.

One body was recovered carrying a Mexican passport by Barranquilla’s coast guard. The plane was apparently bound for Central America. The area surrounding the crash site was restricted until the cocaine was recovered by authorities.

The Colombian Air Force also confirmed the seizure of up to about 1,000 pounds of cocaine from a small boat off the coast of Puerto Colombia.

While the Andean countries of Colombia, Peru and Bolivia are the world’s main producers of cocaine, Central America, Mexico and the Caribbean have become dominant passageways of importing drugs into the United States, the world’s leading drug consumer.

Venezuela has become increasingly involved in drug trafficking, being used as a transport hub of transporting South American cocaine to the illicit global marketplace. Government officials are suspected of participating in the drug trade, including President of the National Assembly of Venezuela Diosdado Cabello.

The Wall Street Journal recently reported Cabello was being investigated by the U.S. government for possible involvement in drug trafficking and money laundering.