Sept. 5 (UPI) — South Carolina began taking hurricane-force winds and rain from Dorian on Thursday, a storm that’s forecast to batter the state’s entire coastline as it moves to the northeast.

There were reports of a tornado in Emerald Isle, N.C., and toppled mobile homes and recreational vehicles. Another tornado was captured on video in Pender County.

More than 800,000 people are under evacuation orders in South Carolina, and more evacuations were issued for the coast and barrier islands of North Carolina.

The evacuation orders also include the Marine Corps Logistics Base in Albany, Ga. South Carolina’s Camp Lejeune directed individual commanders to make their own decision on whether to evacuate. Also in South Carolina, Marine Air Corps Station Beaufort, which trains F-35B pilots, reported that no aircraft had been moved for the storm.

The storm has so far cut power to nearly 200,000 customers in South Carolina. Duke Energy said it expects 700,000 outages throughout South and North Carolina before Dorian passes, and the utility called in resources from 23 states to bolster crews and prepare to restore power.

Eastbound lanes of Interstate 26 were opened to reverse traffic so evacuees could use all lanes to drive away from the coast.

Several school districts and colleges shut down in the Carolinas on Thursday. Charleston International Airport closed Wednesday ahead of the storm.

“If you’re in an area where an evacuation has been ordered, leave now,” North Carolina Gov. Roy Cooper warned Wednesday. “Don’t try to ride it out. It’s not worth putting your life at risk or endangering first responders who might have to save you.” 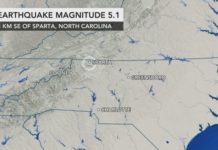 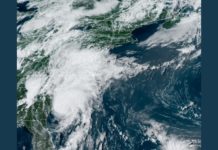 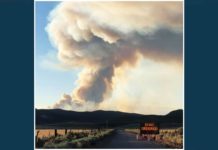