April 13 (UPI) — A Michigan woman who brought her Bernese mountain dog to an event called “Furrycon” said she and the canine were both surprised to learn the definition of a “Furry.”

Cheryl Wassus’ son, Kenny, said in a tweet that quickly went viral that the woman thought Furrycon “was a pet event” and brought her dog along, only to discover it was actually a gathering of Furries — people who like to dress up as anthropomorphic animals.

Cheryl Wassus explained she and the licensed therapy dog, Link, volunteer with the non-profit Pets for Vets, which gives veterans the chance to interact with therapy dogs.

The charity was chosen to receive money raised by Furrycon and Wassus agreed to do a presentation at the event at the Sheraton Hotel in Novi without being aware of the convention’s true subject.

“I really had no idea what to expect going in on Saturday. This organization had chosen us as their charity,” Wassus told New York Magazine.

“I usually try to do some research the night before I go to these events but the website was pretty obscure,” she told Cosmopolitan.com. “It had a links and information on how to register but no pictures. So I just assumed it was a regular business convention of some sort.”

Wassus and Link instead discovered the convention center was filled with people dressed in full-body animal costumes.

“It was a little embarrassing at first because Link was just a little curious why people were wearing tails, so he was doing some serious tail-sniffing and checking out people. They weren’t offended, though, they just embraced him. It was all good. Just a real interested community,” she said.

Kenny Wassus’ tweet included photos of Link happily interacting with the costumed participants, which his owner now understands refer to themselves as “Furries.”

“I’ve seen a lot of humanity in my line of work, but nothing like this,” Cheryl Wassus said.

She said she doesn’t plan to become a furry herself, but she enjoyed the experience of learning from and about them.

“I talked to one of the mothers whose son was a furry, and she talked about how a lot of these young people don’t feel comfortable in their own skin, but then they put on these costumes and they’re transformed,” she said. 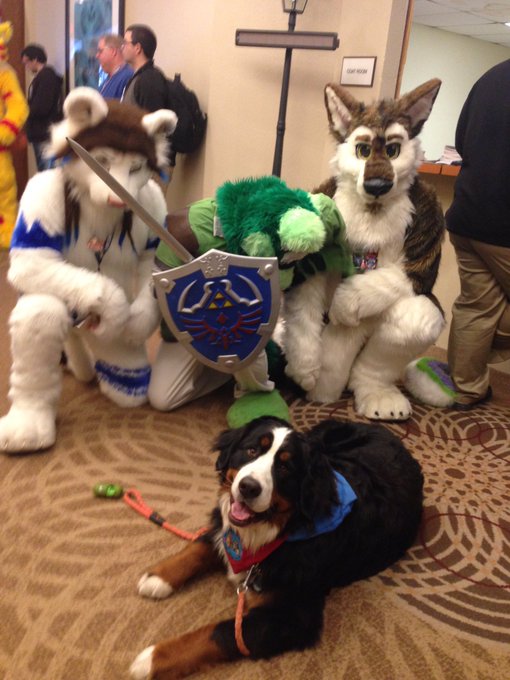 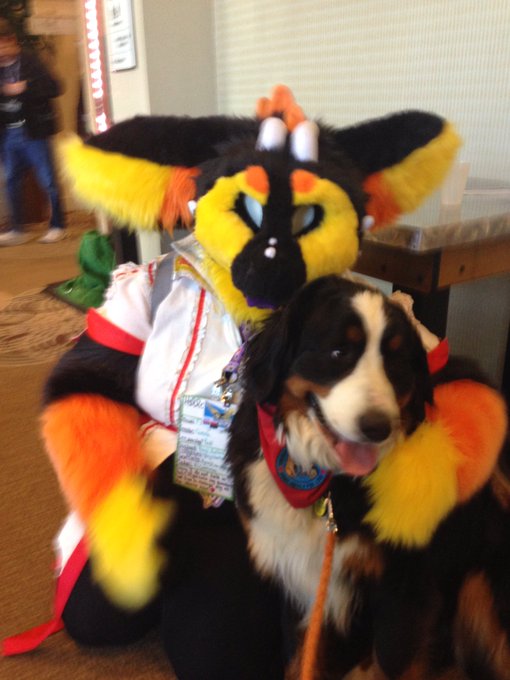 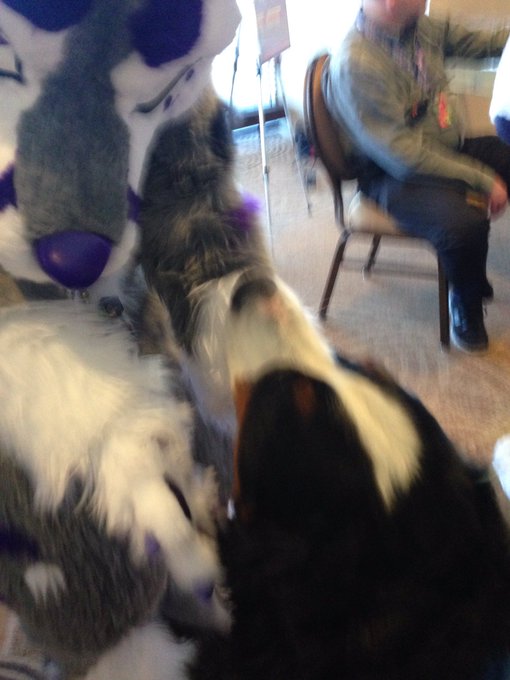