BOSTON, Aug. 11 (Brooks Hays) — With the goal of ultimately building a human arm transplant, researchers at Mass General, in Boston, are currently working to reconstruct a monkey arm in the laboratory.

Dozens of patients in the U.S. have received hand transplant surgery — relatively new medical technology. But the procedure has had mixed results. Patients must be constantly pumped with immunization drugs to ward off infection, and resulting mobility has been less than stellar.

The problem is a matter of compatibility. The human body typically doesn’t like the introduction of foreign bodies or cells. That’s why doctors at Mass General have been working to build organs and limbs using the cells of a patient.

But before the technology can be used on humans, researchers need to perfect their techniques. That’s why researchers are currently attempting to replenish the scaffolding of a monkey arm using human cells.

The process begins with a donor arm, in this case from an unfortunate macaque monkey. The monkey arm must first be stripped of the donor’s cells, using a technique called “detergent perfusion.”

The result — according to a new paper in the journal Biomaterials — is “acellular scaffolds with preserved composite architecture.”

Researchers then work to repopulate the scaffolding with human cells — specifically progenitor cells. Progenitor cells are like stem cells, but are more easily coaxed into transitioning into a variety of cell types, wether muscle cells or blood cells.

Currently, the research team at Mass General — led by Harald Ott, director of the hospital’s organ repair and regeneration lab — are working to grow blood and blood vessel cells for the new arm.

“The aim is … the formation of a fully lined vascular system,” Ott told CNN.

Ott and his colleagues have had success growing organs. And earlier this year, his research team created the first bio-limb when they reconstructed a rat’s arm — able to produce its own blood and muscle cells, and to contract and relax.

So far, the team has had success in building the human vascular tissue and its lining on the monkey arm scaffolding. But a human arm is immensely complex. After the vascular components comes the nerves.

“The nerves need to not only grow, but re-connect to the muscle,” Ott said.

Though challenges lie ahead, Ott is confident of his team’s eventual success.

“I will live to see the clinical application of this,” he predicted. 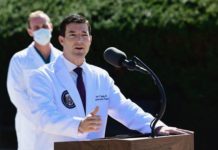