Feb. 11 (UPI) — A Spanish-language newspaper in the Dominican Republic mistakenly ran a picture of the actor Alec Baldwin from “Saturday Night Live” in place of a photo of President Donald Trump.

The newspaper El Nacional issued a correction Friday, but not before the image went viral online.

Baldwin has parodied Trump on the NBC late night sketch comedy show since last summer, drawing acclaim from comedians and Trump critics, but criticism from Trump himself, who has taken to Twitter to call out Baldwin and “SNL” as “nothing funny at all.”

Baldwin’s Trump sketches have become a staple of the show’s “cold open” before the host’s monologue.

Baldwin himself was scheduled to host “SNL” for a record 17th time on Saturday. 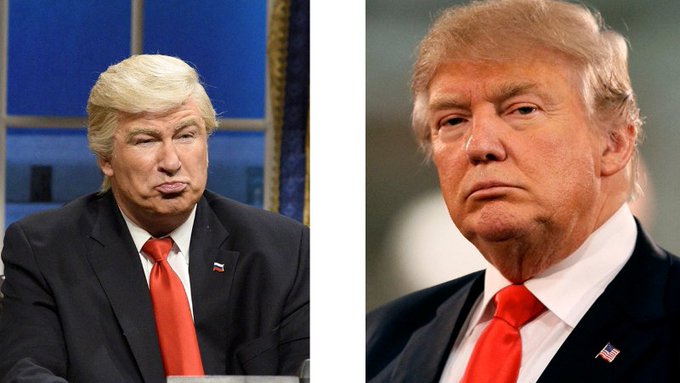