KINGSTON UPON HULL, England, March 24 (UPI) — Researchers at Hull University in England recently happened upon a female cichlid “selfing” — having sex with herself.

The fish, a hybrid of two cichlid species that at first appeared normal, had developed male sex organs. It impregnated itself, by ejecting sperm into the water and then sucking it into its mouth where eggs were waiting to be fertilized, producing four offspring. In the year following the remarkable discovery, the fish produced 42 more offspring by selfing.

Cichlid are a family of tropical fish popular in home aquariums.

Selfing is rare in nature, and researchers believe this is the first documented case of the reproductive technique among a species that reproduces normally.

For mangrove killifish, another tropical fish, selfing is a primary reproduction strategy.

“In the mangrove killifish, selfing is an adaptation,” Ola Svensson, a biologist at Hull, told Discovery News. “It is believed that it can be hard for them to find a mate, and selfing is better than not producing at all.”

Svensson is the lead author of a new paper on the phenomenon, published this week in the journal Royal Society Open Science.

When the specimen finally died, researchers confirmed the fish had both ovaries and testes. 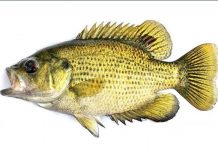 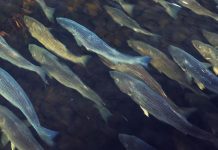 Migrating fish leave behind a trail of DNA